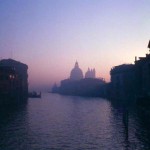 As a faculty member at Baruch College and the Graduate Center of the City University of New York, Dr. Lovett made her mark as a teacher and scholar in the field of Modern European History. Her doctoral dissertation and two monographs that followed won scholarly awards. The National Endowment for the Humanities, the American Council of Learned Societies, the Radcliffe Institute at Harvard University, the Guggenheim Foundation, the Woodrow Wilson International Center for Scholars, and the Research Foundation of the City University of New York supported her research.

During her years in the Washington, D.C. area, Dr. Lovett held national leadership roles as chief of the European Division of the Library of Congress, dean of arts and sciences at The George Washington University, and provost at George Mason University. She lectured at the Foreign Service Institute of the Department of State, wrote for The Chronicle of Higher Education and Change magazine, and participated in national projects for higher education reform.

In 1989, she was on Washingtonian magazine’s list of most influential women in Washington; in 1992, the Virginia Federation of Business and Professional Women named her Educator of the Year; in 2005 she was honored by the American College Personnel Association for lifetime contributions to higher education. In 2011, Dr. Lovett was among 12 women from around the world to be named “Women Who Make a Difference” by the International Women’s Forum, an organization of senior women leaders with chapters in the U.S. and 25 other countries. 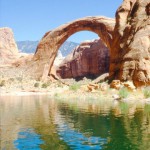 In October 1993, Dr. Lovett was named president of Northern Arizona University. During her tenure, the University became the leader in Arizona in partnerships with community colleges and in distance learning. Targeted program initiatives, especially in the environmental sciences, attracted world-class senior faculty, produced a threefold increase in sponsored research, and allowed the University to launch a successful $100 million fund-raising campaign.

Following her retirement from the NAU presidency, Dr. Lovett became president of the American Association for Higher Education. In that role, she advocated for expanded access to higher education, diversity in curriculum and staffing, and effective use of technology in instruction and institutional operations. 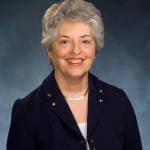 As a national thought leader, Dr. Lovett frequently gives lectures and writes about issues in higher education. Her articles have appeared in the Chronicle of Higher Education and InsideHigher Ed. She also serves on the editorial advisory board for  the monthly Change: The Magazine of Higher Learning.

Since her days in the Washington, D.C. area, Dr. Lovett has advised and worked with appointed and elected officials on issues of higher education policy. In the 1990’s, she collaborated with several governors of western states on the creation of Western Governors’ University, one of the first online universities in the world and, to date, the only American accredited university that awards baccalaureate and master’s degrees based on demonstration of competency rather than accumulation of credit hours. Since 2005 Dr. Lovett has assisted colleagues at the City University of New York with several projects, including senior executive searches. 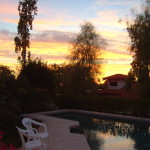 Dr. Lovett has served as Founding Trustee of Western Governors University,  as Trustee of Thunderbird, The School of Global Management,  and as Scholar-in-Residence at the American Council of Trustees and Alumni.

During her years in Flagstaff and Phoenix, Arizona, she served as vice chair of the B&L Charitable Foundation, established by her late husband, Benjamin F. Brown IV, to support social service and arts organizations, among them the Phoenix Symphony, the Scottsdale Center for the Arts, and AWEE [Arizona Women’s Education & Employment, Inc.]. Dr. Lovett also assisted the Hopi Indian Tribe to establish the Hopi Education Endowment Fund; in 2020 she was elected again to the Fund’s Board of Directors. She also served on the Board of Arizona Blue Cross Blue Shield, Inc.

Dr. Lovett continues her support of the arts as a member of the National Advisory Board, the Investment Committee,  and the Director’s Circle of the National Museum of Women in the Arts, where she established the Clara M. Lovett Fund for Emerging Artists.

In 2013 she established the Brown Faculty Fellowship at Baylor University, alma mater of her late husband and many of his forebears. She serves on the Pension & Benefits Committee of the Cosmos Club of Washington D.C. She was nominated for membership in the fall 1988, among the first women to be admitted when the Club ended its males-only tradition.